I hate that I haven’t been sewing lately, but I have been accomplishing other projects. My mother in law has transformed her backyard into an oasis of fun in the very short time she’s been in her new house. This inspired me to whip our own backyard into a more useable, enjoyable place. First things first – a trip to Home Depot was in order. I may have overdone this bit. 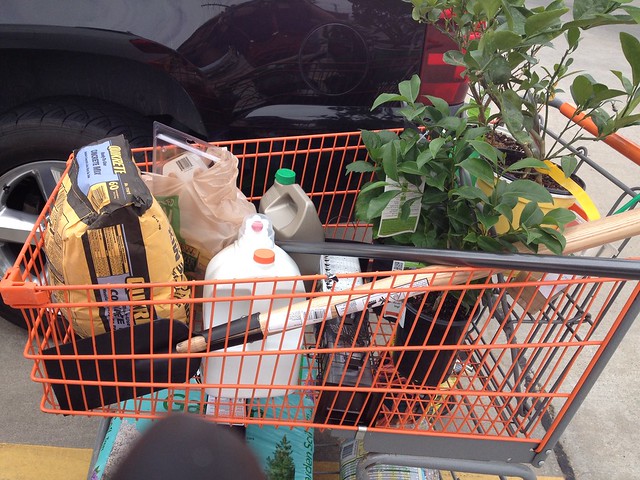 I started with our old, dried out deck. No one goes on this deck – splinter, bug and bird poo haven that it is. So I got to work. First step: Power washing. I don’t know if our power washer is wimpy or what, but I had to basically hold the nozzle against the wood and go back and forth over each 5 inch by 2 inch section three or four times to get the 10 years of grime and mildew off the wood. I can’t imagine trying this without a power washer. 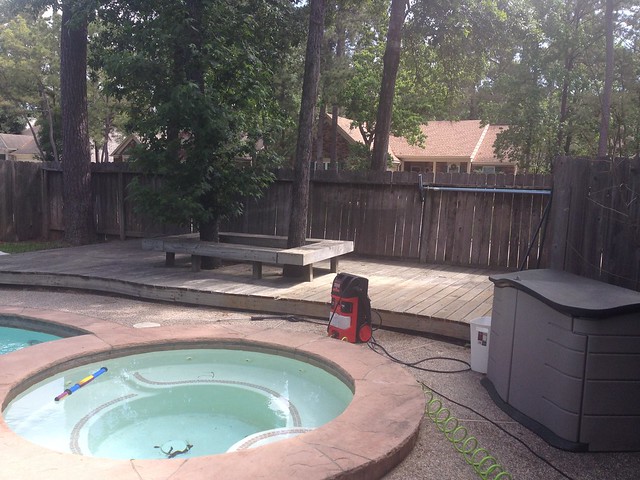 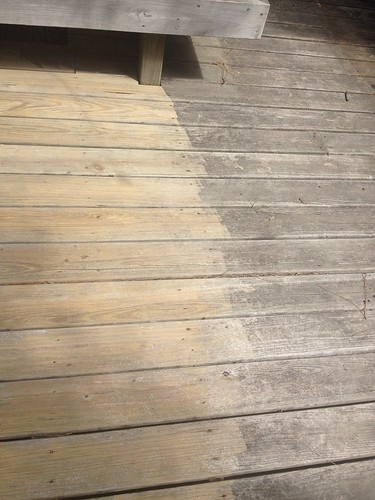 As I power washed, I also used some Behr deck soap. I can’t remember the name now, but it’s a kind of total prep soap before applying stain. I put it right in the power washer and used a hard-bristled broom to scrub tough spots as a washed. The resulting clean deck was such a HUGE difference! 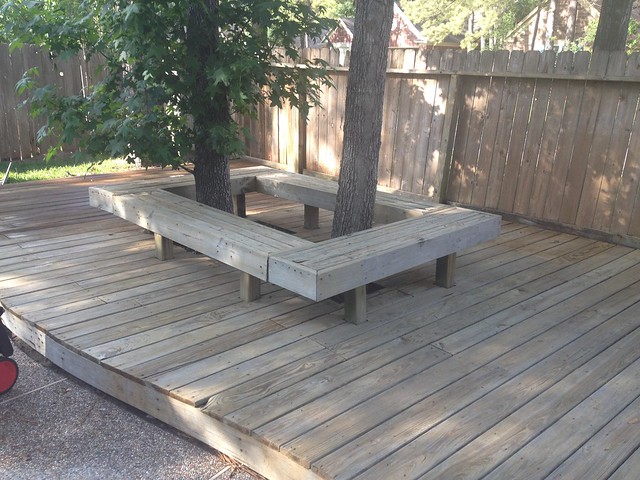 Now to go about the staining. I used Behr Semi-Transparent Natural stain and Behr Solid-Color in Gettysburg and Atlantic. If I didn’t live in sweltering Texas in a very snobbish subdivision, I would have painted the whole thing Atlantic (the dark blue). It’s a gorgeous color. But I threaded the needle – adding some color and decoration, but keeping the thing mostly boring and neighborhood-approved. I used brushes to paint the whole thing. It was a big job – but I think using the brush was also worthwhile. I did chicken out and only do one coat of the stain. By the time I got to the end of the deck, I couldn’t imagine going back and doing the whole thing again! So I’ll just save that second coat until next year. 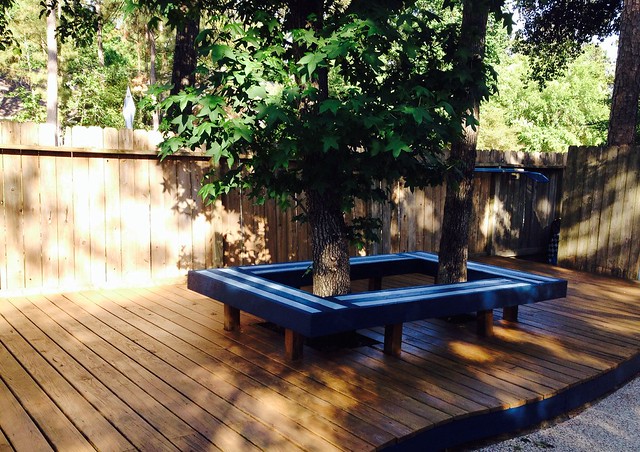 I probably should have used the Deck Over product that fills holes and flattens out splinters, but I really wanted the wood grain to come through on most of it. So we may still encounter the occasional splinter. But it’s such a big improvement.

That’s it for part one of my Spring improvements – more soon!

4 Replies to “Refinishing my deck”