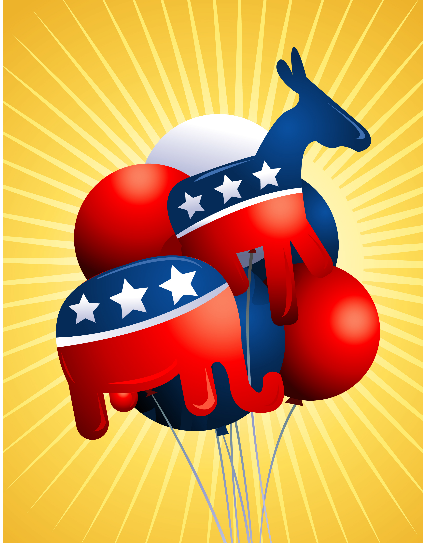 First of all, if you haven’t seen the debates, I hope you’ll go to MSNBC and watch them. They’re broken up into short segments, so they’re easy to view. (Although I wish you could rewind.)

I also want to preface this by saying that although I liked Brian Williams and Chris Matthews, I felt that there was obviously more time and questions given to some candidates, and some candidates were clearly ignored. For example, I would have loved to hear more from Fmr. Sen. Mike Gravel on the Democratic Debate.

I would like to say that I’m on the fence, and giving both sides – dem and rep – equal time. But I’m not. I watched the whole Dem. debate, and although I was sick of Iraq and terrorism by the end of it, I was interested in what each one had to say, possibly with the exception of Gov. Bill Richardson. More on that later.

As I started the Republican Debate, I was instanly annoyed with their answers. Then as I moved onto the segment concerning abortion, and they all said, (paraphrasing, of course) “down with Roe v. Wade” – with the exception of a wishy-washy stance from Giuliani, I couldn’t watch anymore. There’s no way I’d vote for any of them.

Here’s my snapshot take on each of the Democratic candidates (links go to their official election sites)…after the jump.

When I think, “Who would I be proud of? Who do I want representing the country I love to the world?” My first thought is Chris Dodd, then Joe Biden, then Hillary. But it’s very early. I have a lot of research to do.